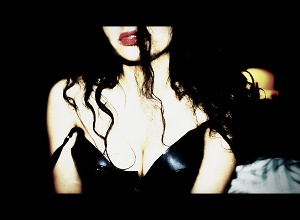 Mistress has well and truly fallen back in love with Domination.

I had no intention of coming back. That’s why I sold all my equipment about three years ago.

I was really ill.  Took me a long time to recover.

I could never do something just for the money.

I had well and truly drawn a line under my kinky career.  Mistress Nyx was effectively dead..

Spotting a hot tranny in a crowd would pique my interest.

I also appear to have an entrenched medical fetish.

Medical hospitals still did it for me no matter how ill I was.

And I never lost my assertiveness..

Even at my worst, although I felt feeble..

I am told, I was still a formidable force.

Until about 6-7 months ago.

Not sure what triggered it..

But you know those fleeting ‘thoughts’ and ‘feelings‘ you get.. ?

You know what I’m talking about.

I tried to ignore them and push them aside,

But they kept getting stronger.

I found myself wanting to look at my old Nyx session pics..

But resisted. I somehow knew that there would be no going back once I did.

It was almost as if I had sworn a pledge to myself three years ago, to never return to this kinky career..

And I was desperately trying to honour that pledge.

But come month 3 or 4, I was even dreaming about buying new premises.

Then, shortly after, I just could not stop myself from looking through my old movies.

I craved to be there again in my cellar dungeon..

Interrogating and waterboarding my kidnap victim..

I keep looking at rubber inflatable sleep sacks and re-breather hoods  on the internet.

The urges are strong..

Almost as if they’re making up for lost time.

Thank goodness I have you..

She no longer has to hide her rubber panties and wank in secret.

She is now forced to do it in front of Mistress, after her daily caning.