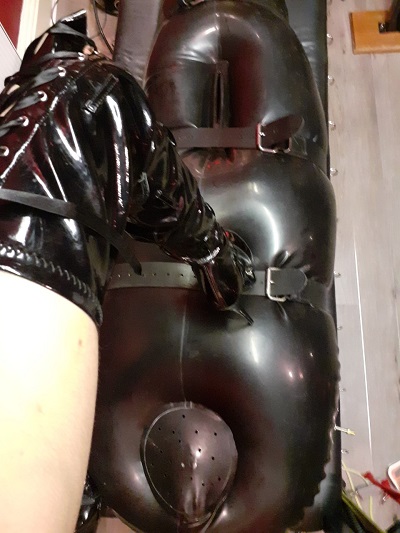 Onto a different matter, I feel like I deserve a Krypton Factor award, or something.

I am not at all technically-minded..

Never bought or downloaded an app in my life.

But I have somehow managed to upload a clip, from a session I filmed today, onto twitter.

If you want to witness Mistress being a bitch…

Had my slave in a bit of predicament bondage as well as the rubber bondage.

Along with a healthy dose of humiliation and cruelty.

By the time I had finished with him..

He was rocking in a corner..

Crying and sucking his thumb.

A Manchester Mistress in a league of her own.